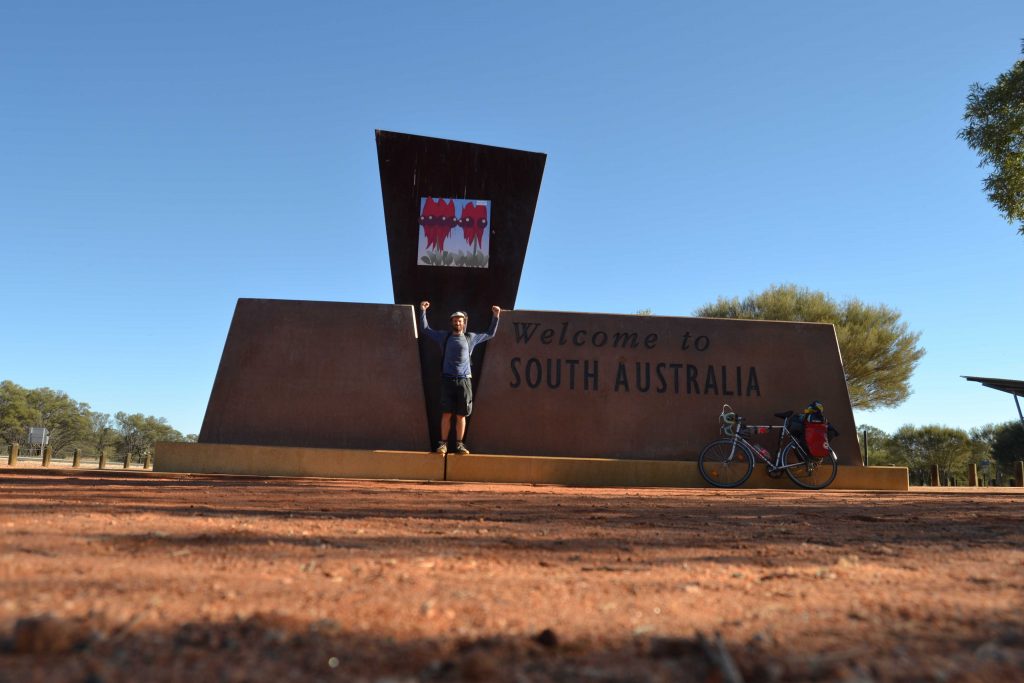 Arriving at the border to South Australia I had to admit that headwind, poor food and the resulting tiredness had made me much slower than I expected and that if I didn’t want to miss my flight in Melbourne I would either have to skip a bit of the road or it would become a real drag. So I decided that I’ve seen enough of the outback, flies and no peapole and took a bus to Port Augusta, where the more populated part of Australia begins.

But when I arrived there it was Good Friday and everything was closed except for this fast food restaurant. Cycling on fast food is terrible but since they already put the nutritional value on the board I made an astounishing calculation according to which a whopper provides the energy to cycle 32 km. 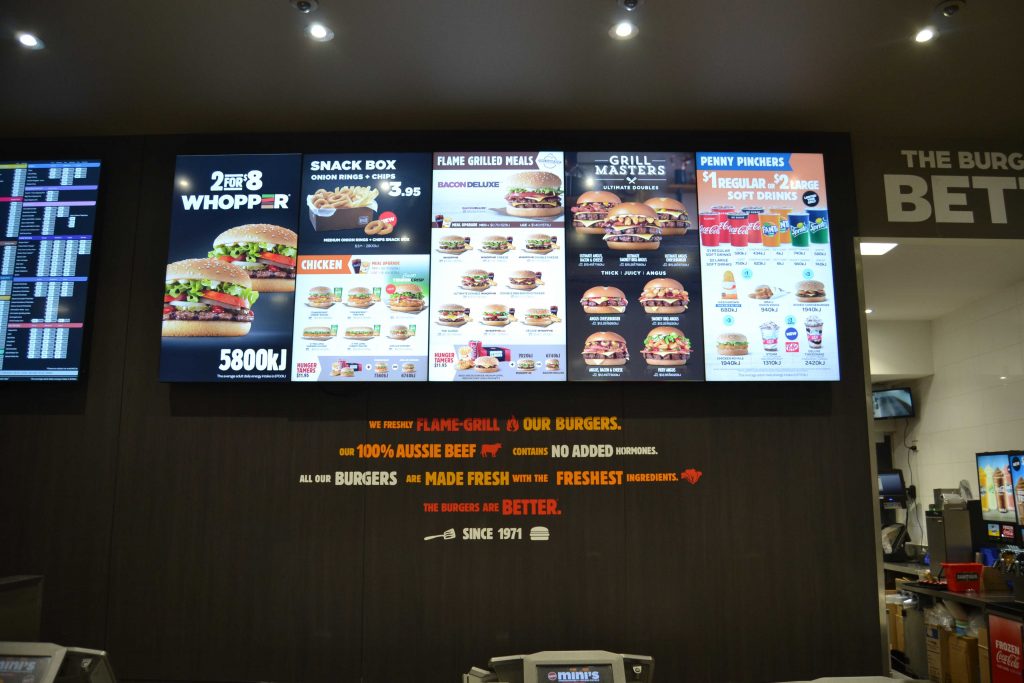 It is a good feeling to be back in an area where there’s small towns every once in a while and you find traces of civilisation. 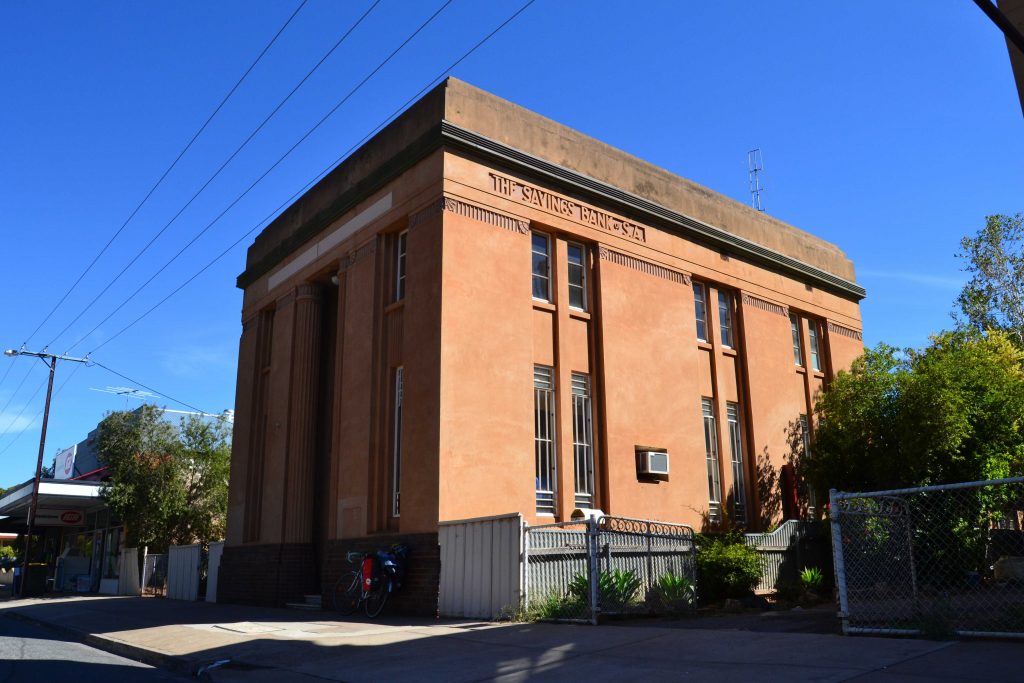 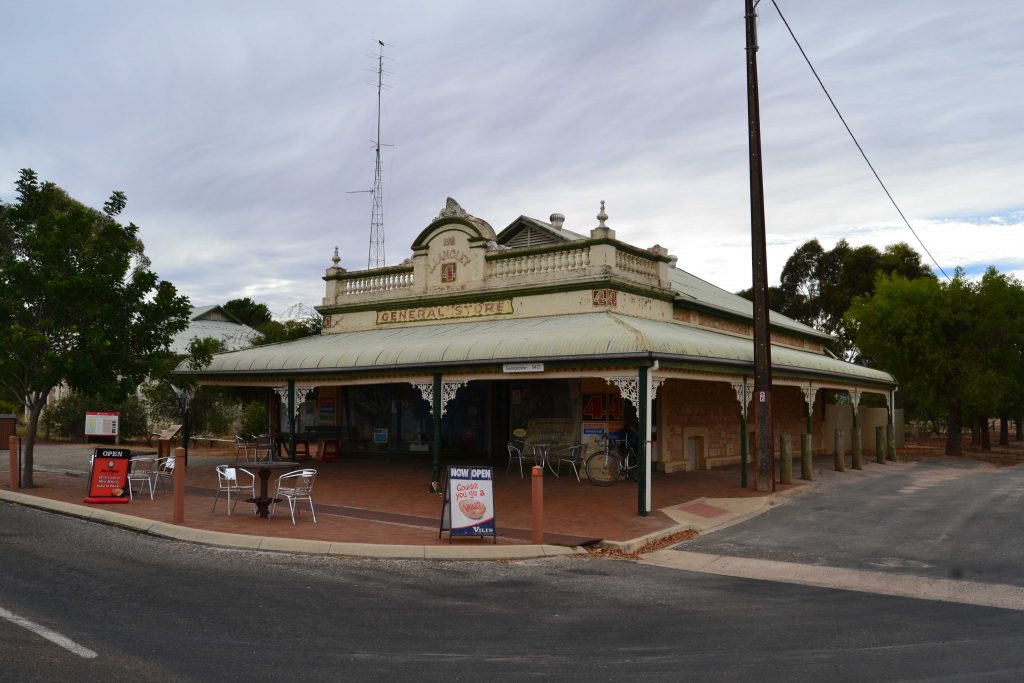 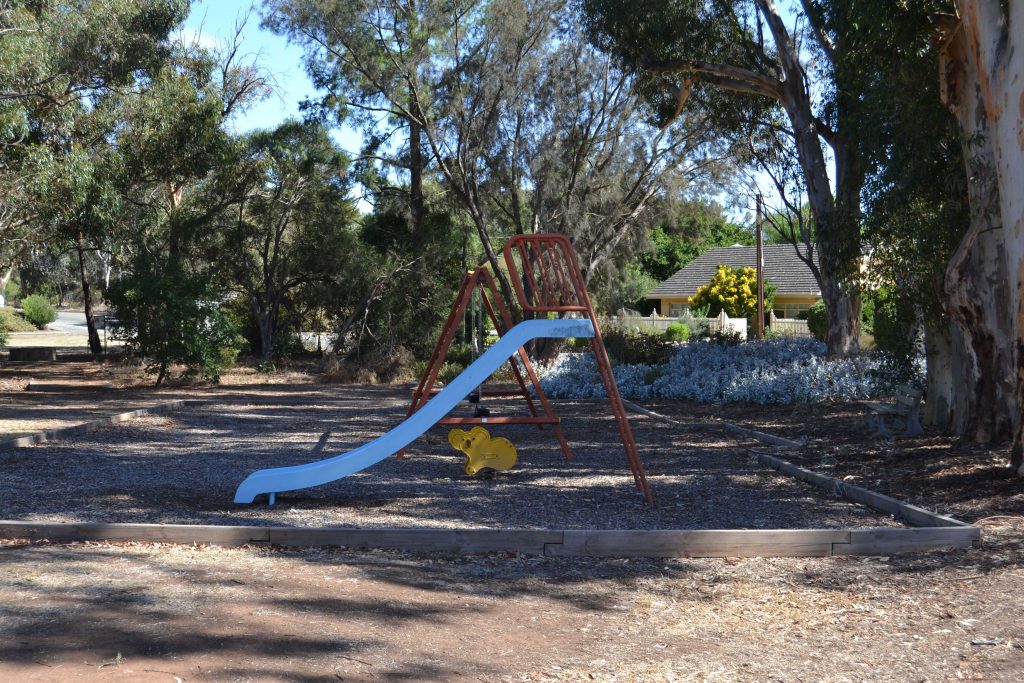 In Adelaide I stayed with a musician called Banjo Jackson, check out his music, he’s a really great guy! I got myself new strings and had a (very cold) swin in the southern Ocean. 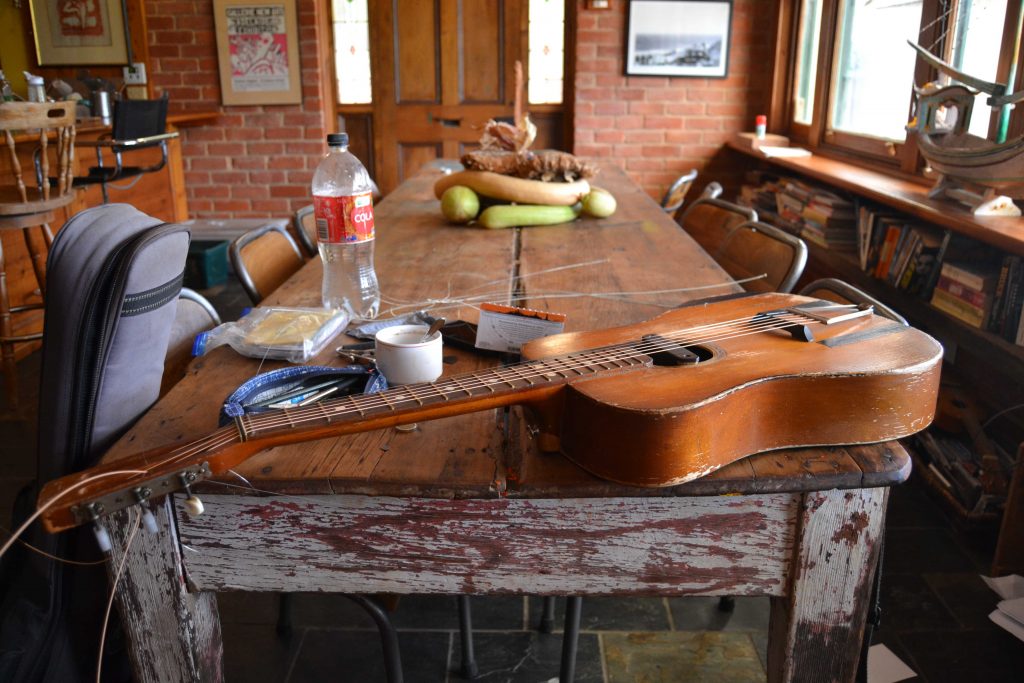 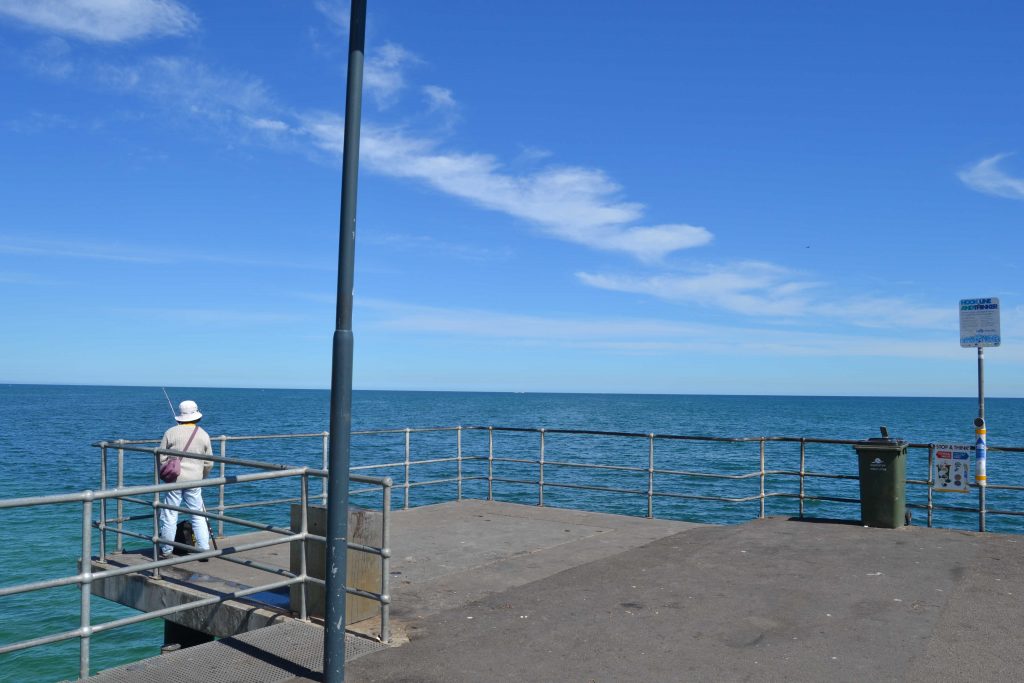 Looking on the map of southern Australia there’s a lot of huge lakes but by the end of summer these lakes are all dried out. 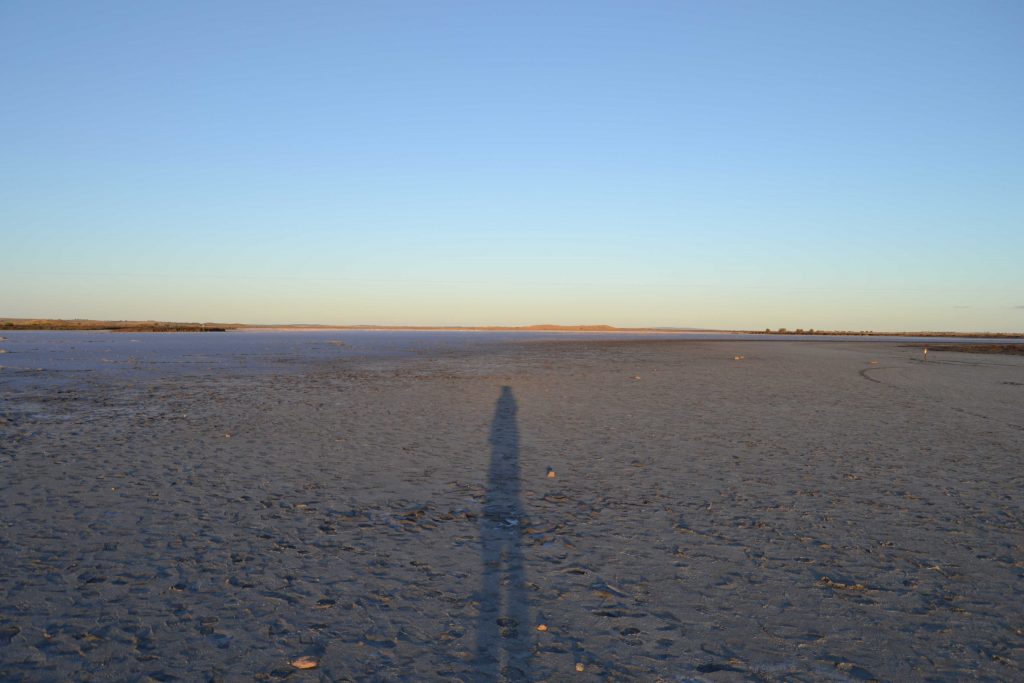 My luggage rack broke again south of Adelaide and I’m proud that I managed to fix it with a belt and a plumbing clamp. Not a beaty but made it to Melbourne. 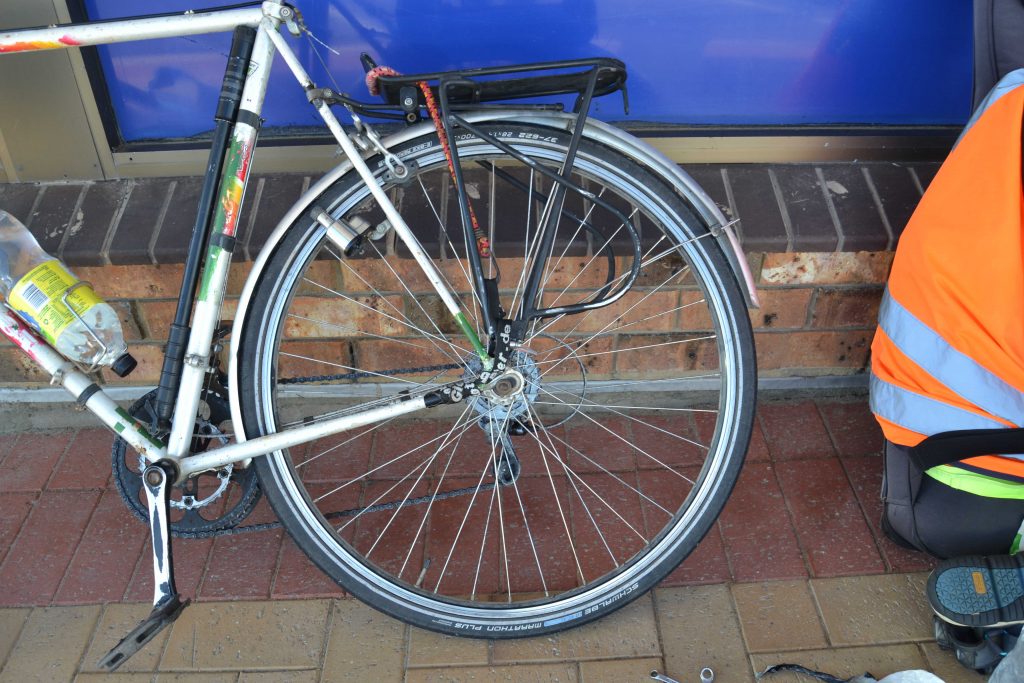 There’s lots of small pools and lakes where you can have a really cold swim. This one is called ‘Little Blue Lake’ – what an appropriate name. 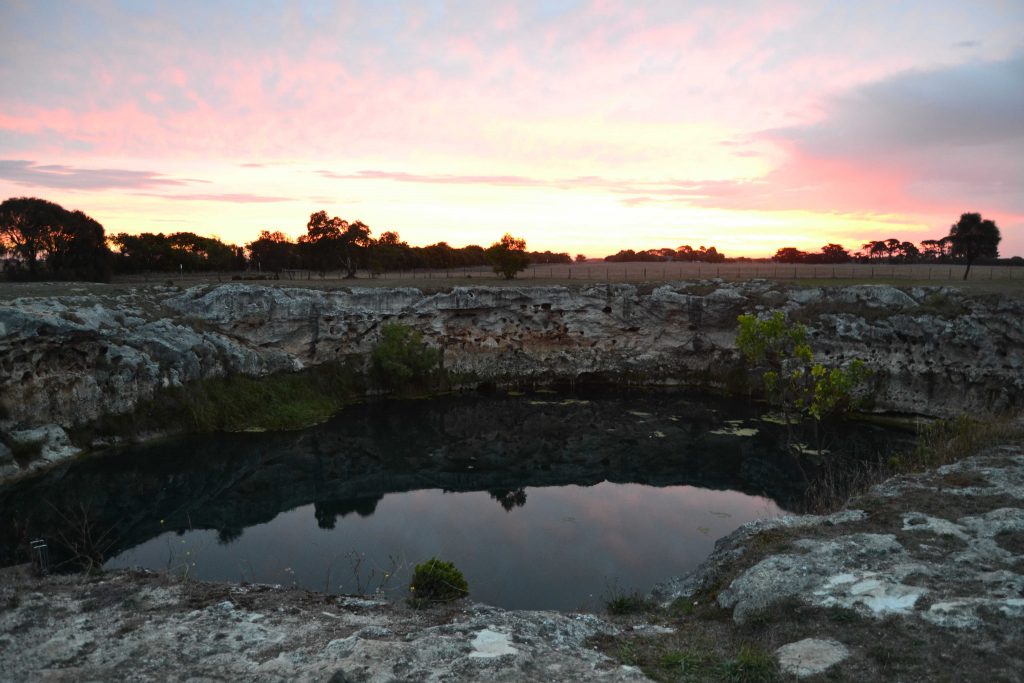 It’s getting autumn in Australia but it’s the good part of autumn. Here I’m having breakfast next to a field of sheep. 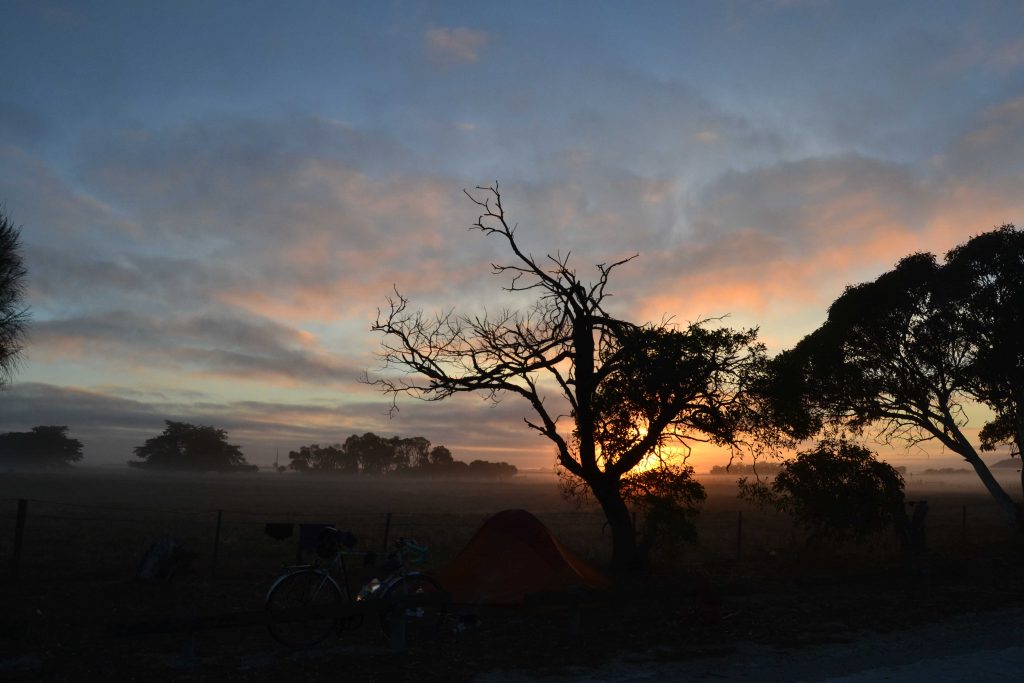 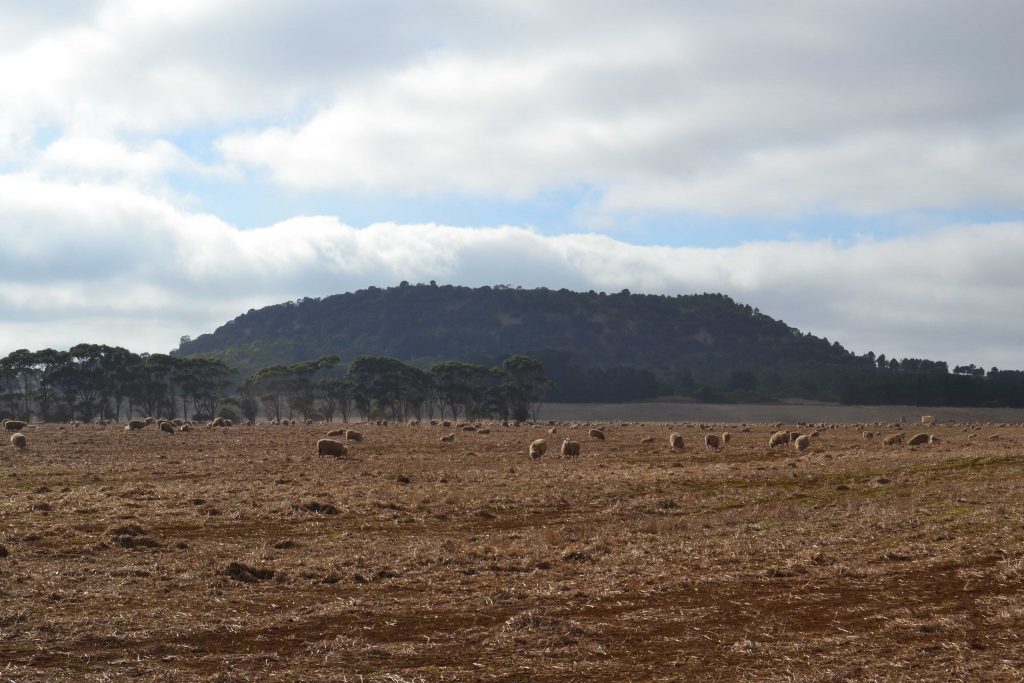 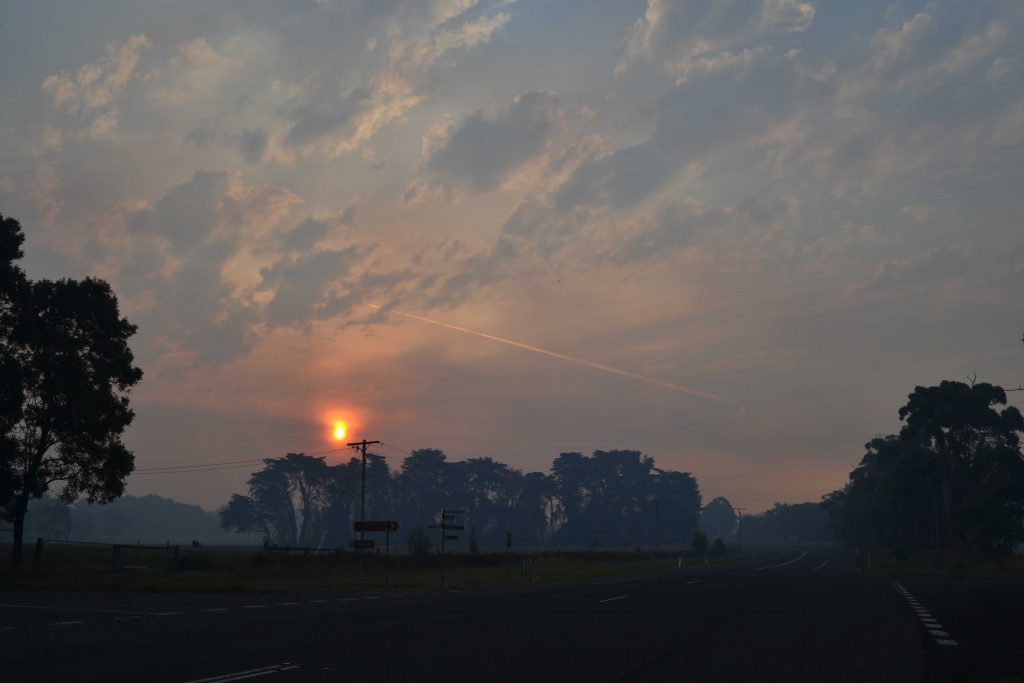 There was a spectacular part of the road in the very south of Australia that is called the ‘Great Ocean Road’. It’s following the coast to Melbourne. I didn’t see Koala Bears but I could hear them at night, they sound more like Orks than cute little animals. 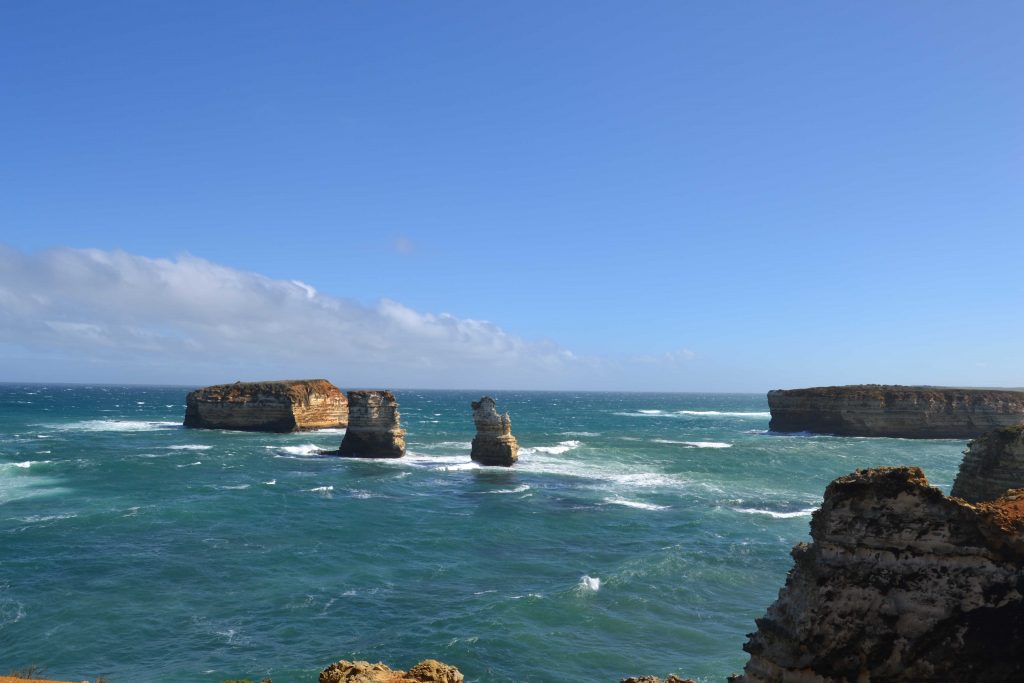 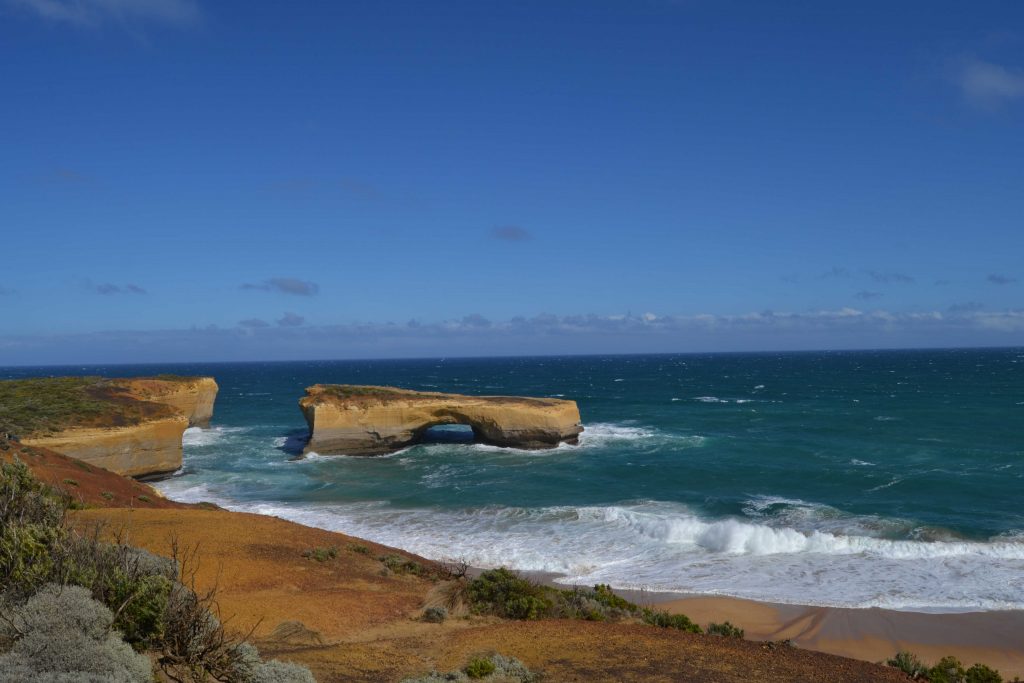 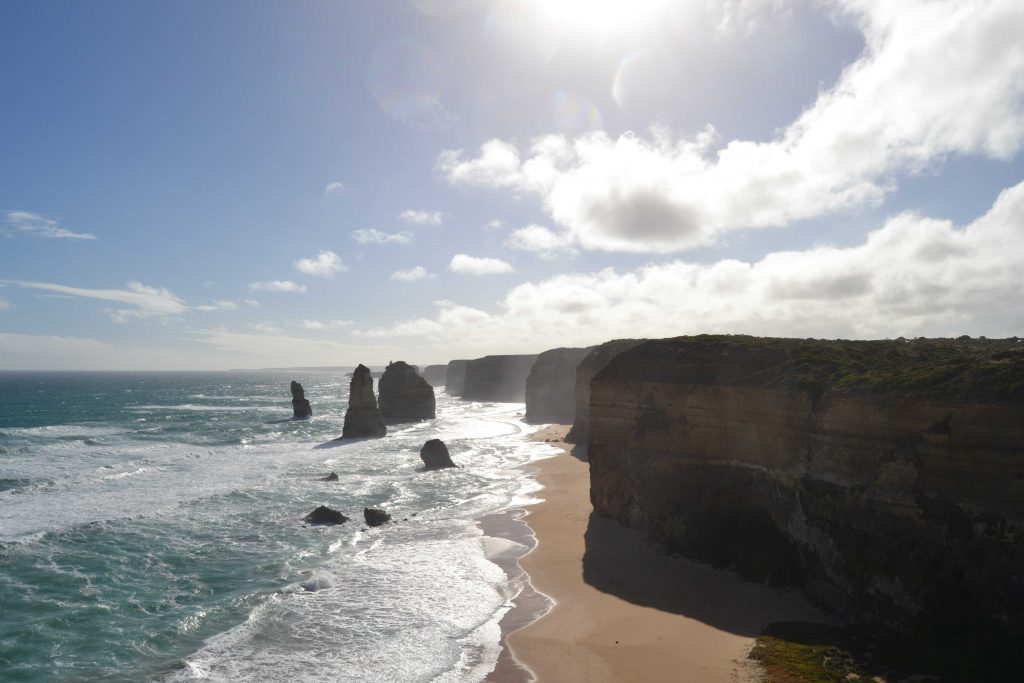 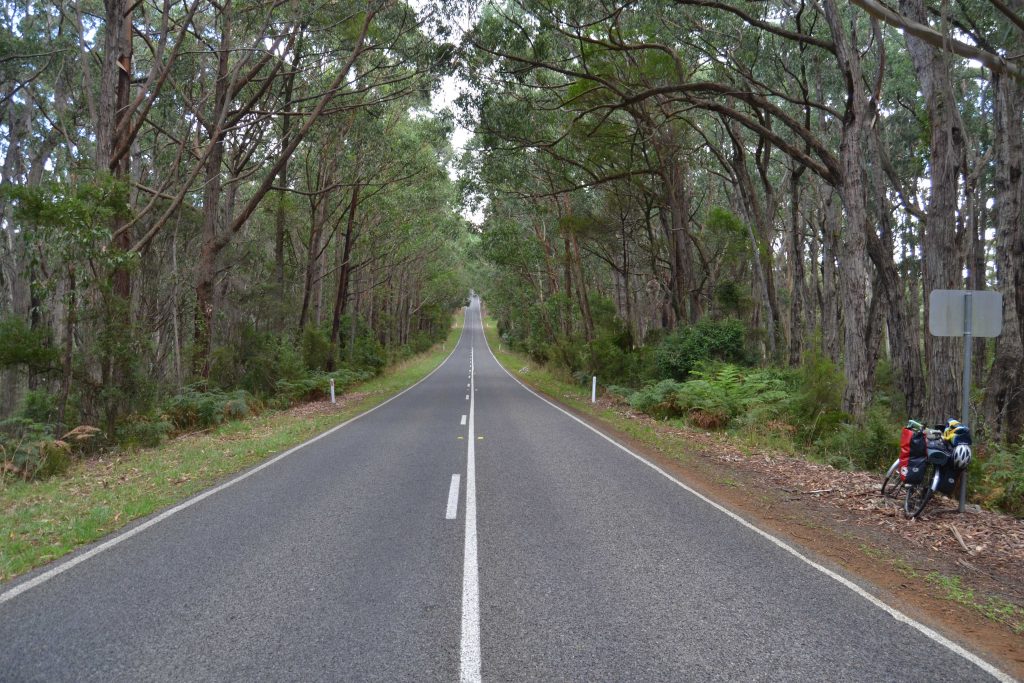 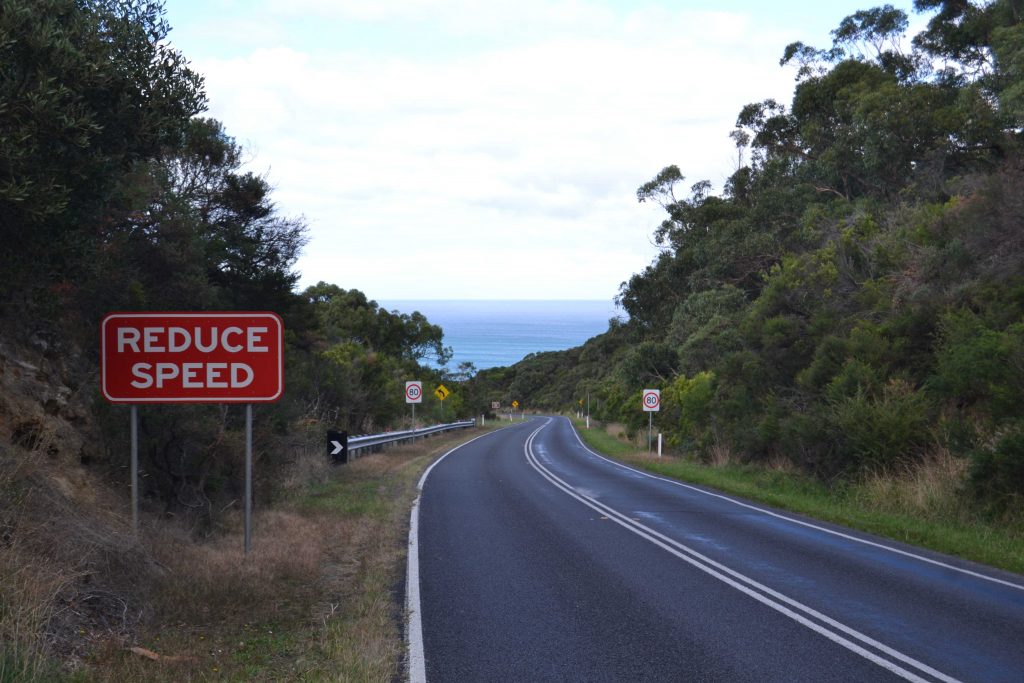 The last two days to Melbourne it got really rainy. Less than 100 kilometers to Melbourne and the road sign decorated by a rainbow.

Melbourne is massive and it was already dark by the time I arrived in the center, completely wet and wrecked. 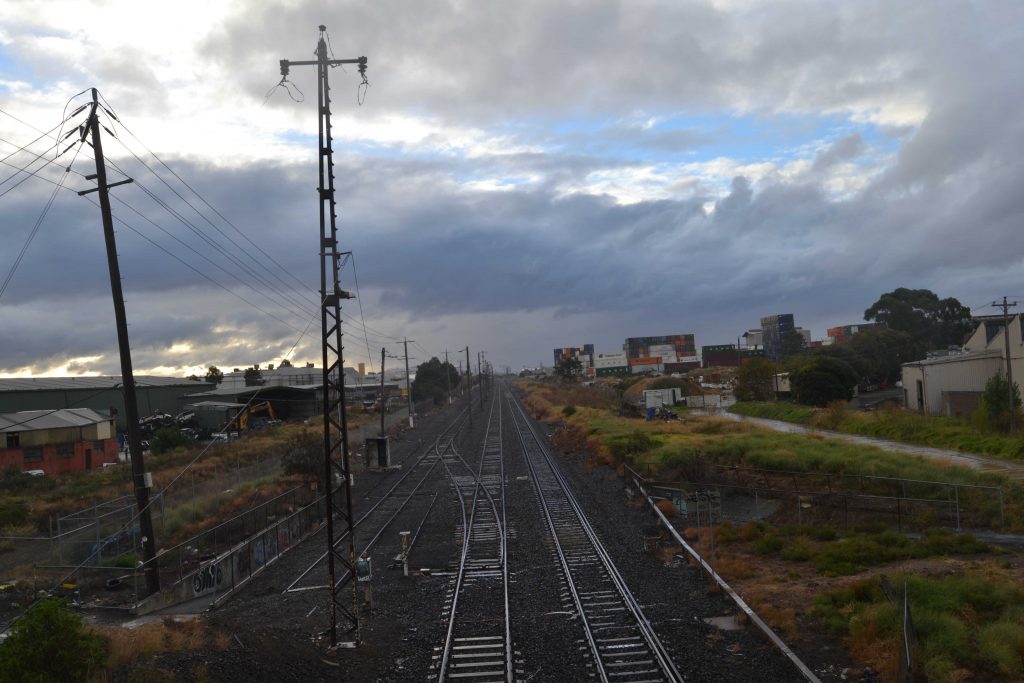 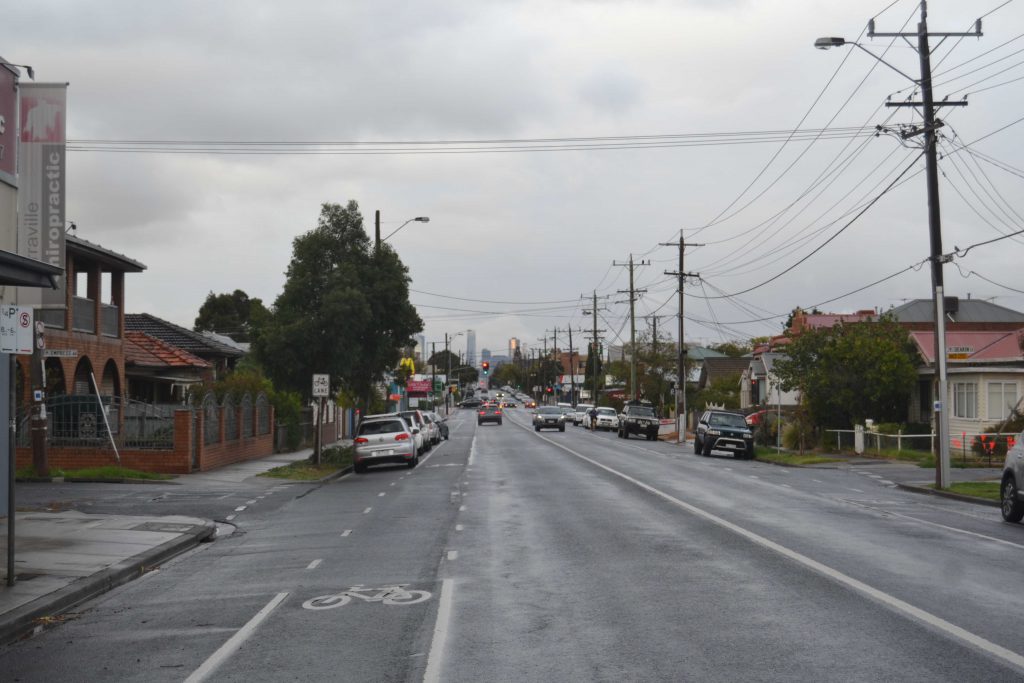 But that’s it Berlin-Melbourne by bicycle in 349 days with a few minor gaps but all in all quite an experience. My friend Benji was so kind to take that picture on the next day ( after I had a shower…) 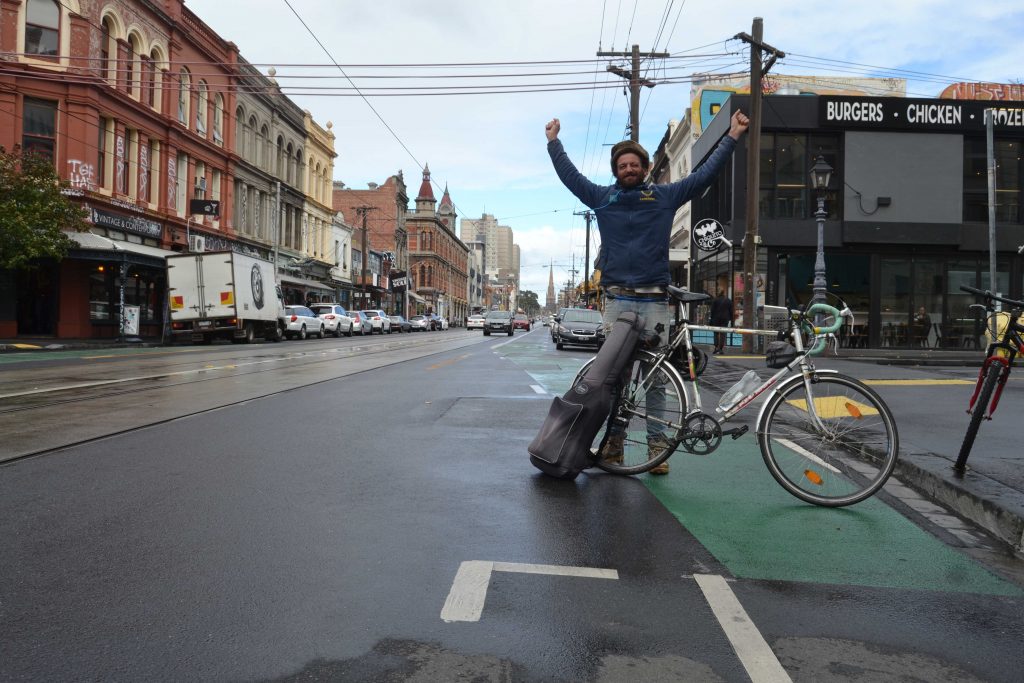